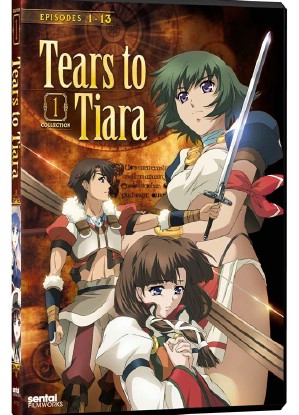 Set in a fictitious land during a medieval-like era of magic and fantasy, Tears to Tiara unfolds with the Divine Empire’s rise to power as it conquers and rules lands far and wide. On the island of Erin, still ruled by the Ancient Kingdom, the Goidelic people are attempting to sacrifice priestess Riannon to revive protagonist and demon king Arawn to lead the resistance against the Empire.

Although the ritual fails and Riannon survives, the seal imprisoning the demon king is broken and Arawn is resurrected. Armed with mysterious and devastating powers and a human’s demeanour, Arawn joins Riannon, her brother and battalion commander, Arthur, as well as their team of fighters comprising a swordsman, an archer and a quintet of magical pixies, in the epic struggle against the Divine Empire. Genres: adventure, comedy, fantasy, romance Themes: Bishounen, Harem